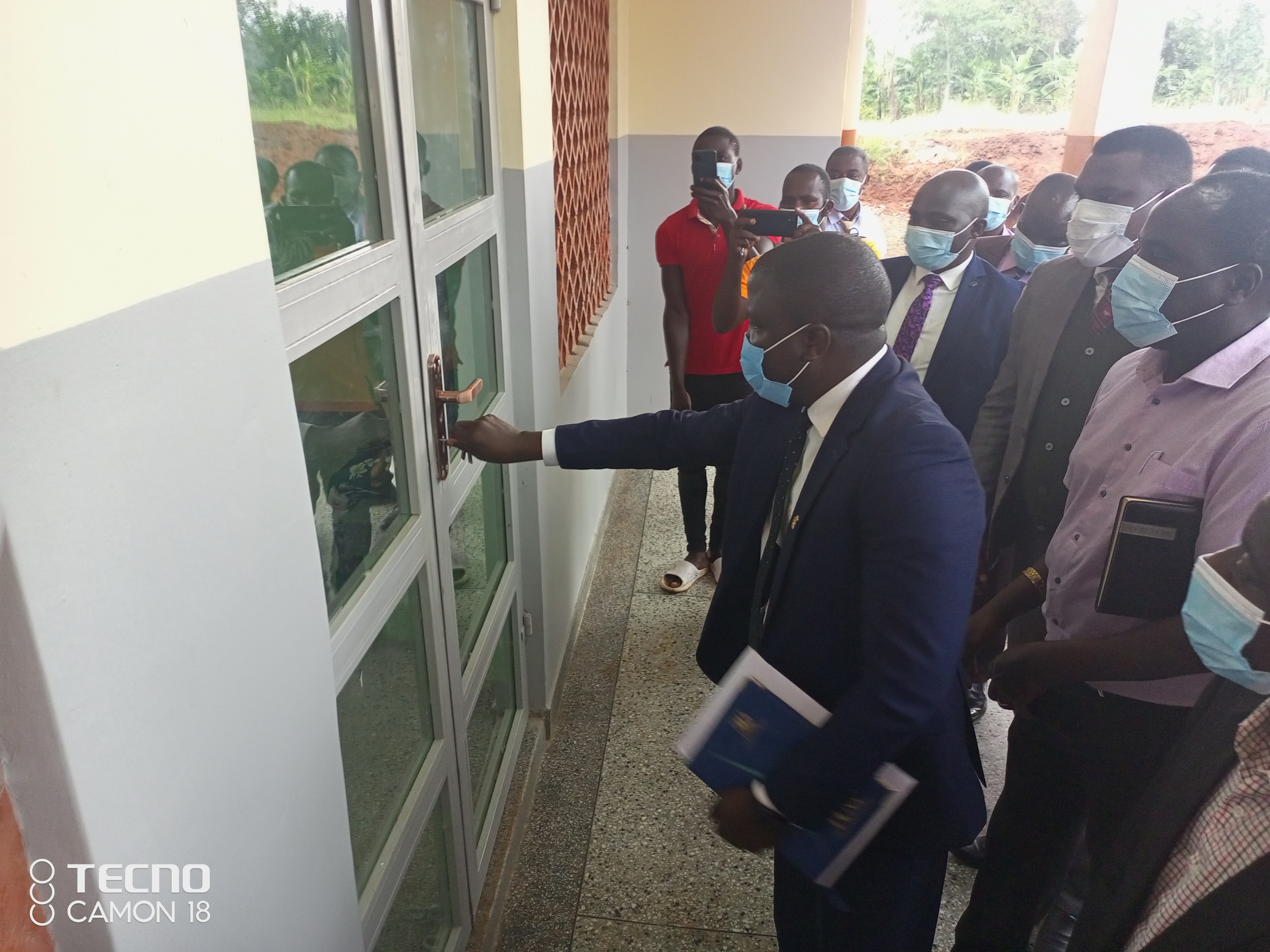 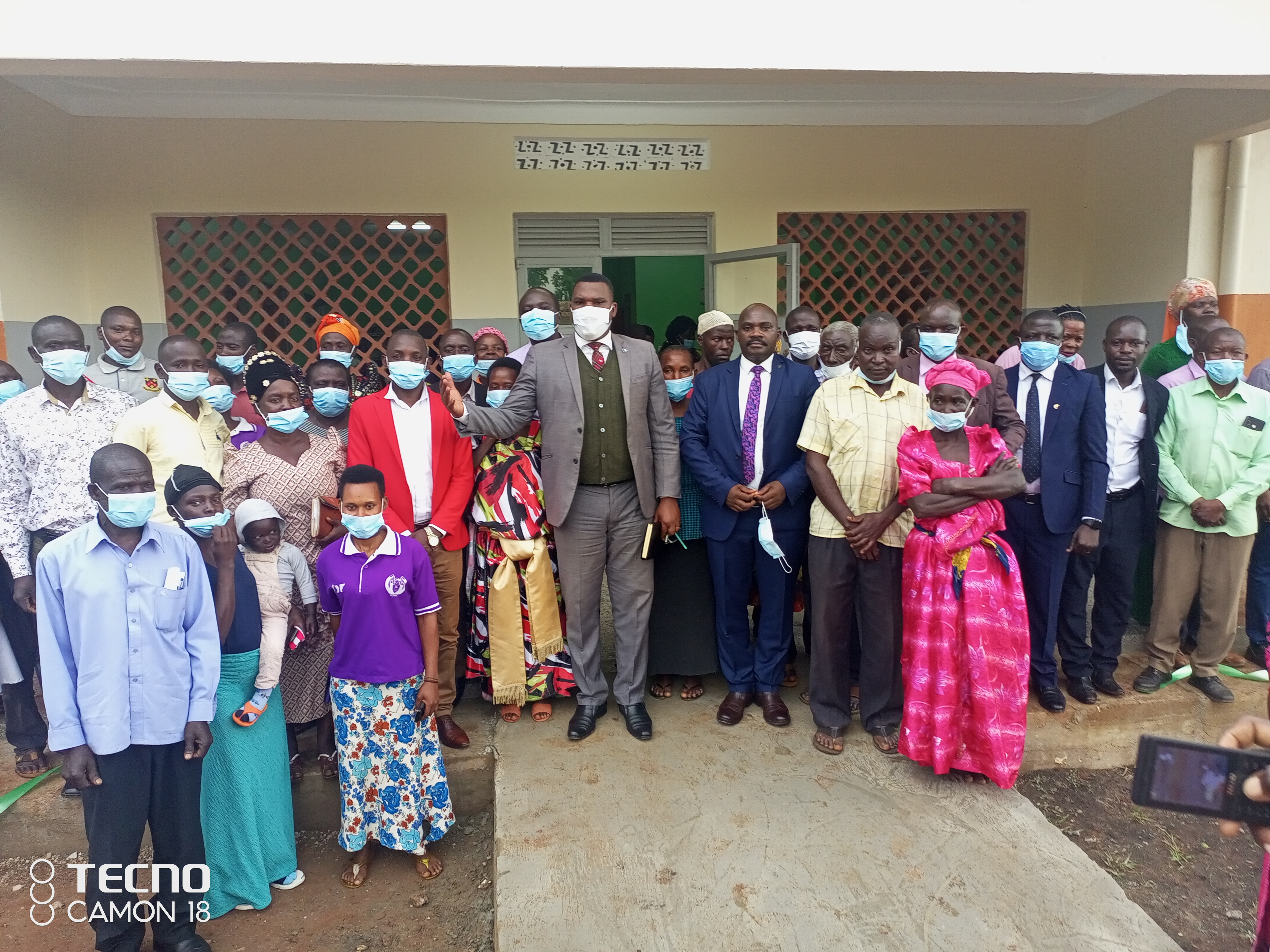 While addressing the community RDC Africano asked the health workers to handle well the patients and show them love when they come to the facility for services so that they can love and feel the belonging to the facility. He said that many people have decided to shun away from public health facilities due to the way they are mishandled by the staff and only go there as a last resort when their situations are worse. 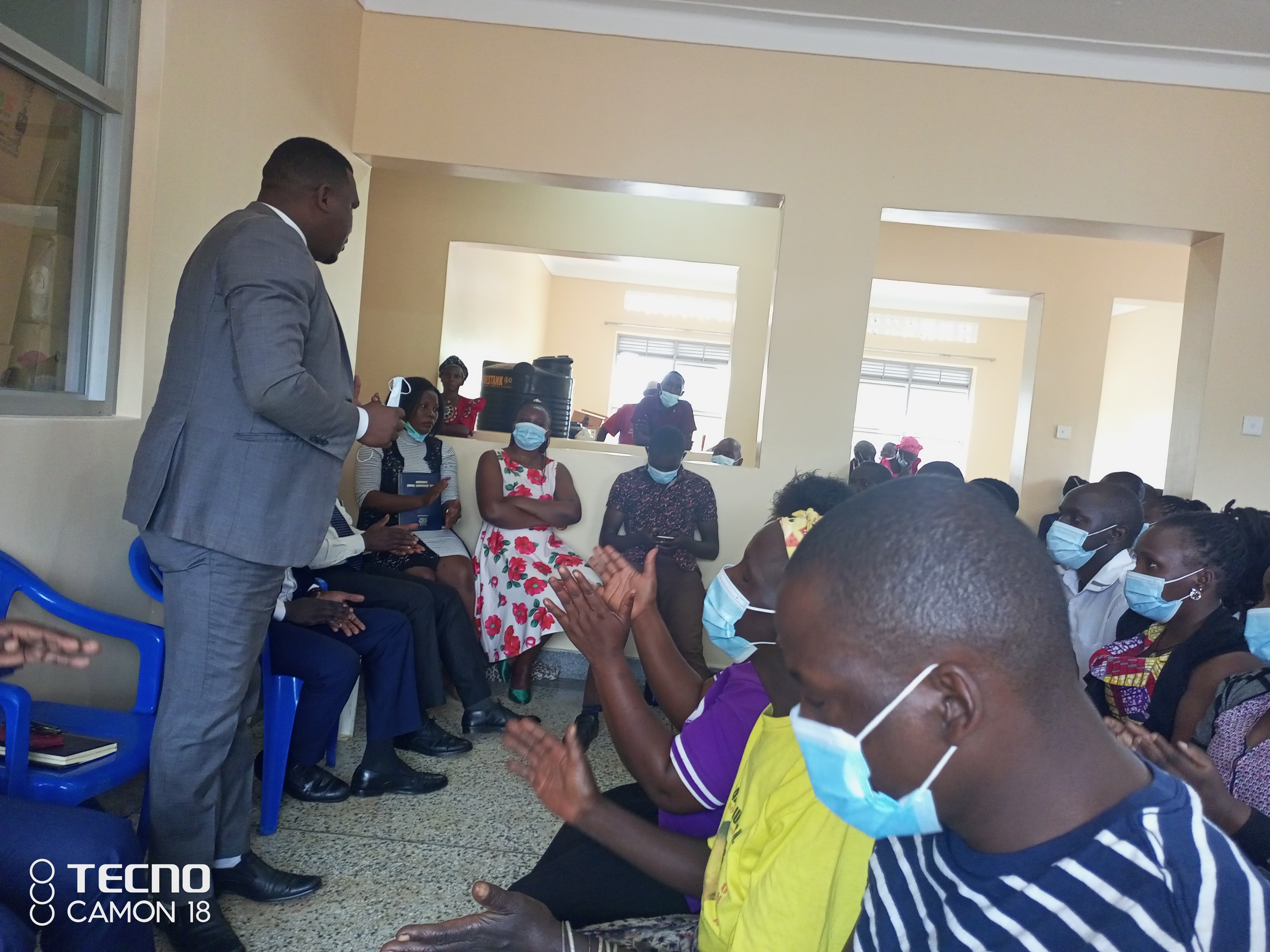 The Deputy Chief Administrative Officer Paul Samuel Mbiiwa said that the facility having been elevated from Health Centre II to III there is a need for recruiting more staff to to meet the facility’s need and balance the workload for those who have been there before the upgrading and he promised to have that done with immediate effect for effective service delivery.

The District Health Officer Dr. Vicent Kawooya said that one of the major challenges in Health sector is lack of accommodation at the facilities thus making Health Workers to come on duty late due to a number of challenges such as traffic on roads, residing far from the work stations among others and promised that the next step is construction of staff houses at the facility, fencing the facility, constructing an OPD at the facility and also to add more working Instruments in the facility as way of having the related challenges addressed for effectiveness.

The district Engineer Jack Katende said that the facility is worth 650 million shilling and they have put on a maternity ward, a four-stance latrine and washrooms, a Placenta pit, Medical waste pit.

The land on which the facility is was donated  by St Luke Kiduuzi Church of Uganda and Bahati Samson the Clergy to the church said that all the churches where they are are constructed on the land donated by believers and so as Church they saw it necessary to give out land for the construction of a health facility for the healthnof the community members since St. Luke was a Doctor